Dept. of Physics and Astronomy is supporting biophysics research. This research is currently done within several divisions, and here are some key research topics and researchers pursuing them. We welcome other researchers with common interest to join us in our efforts to strengthen biophysics in Uppsala.

I am a research group leader of Molecular Dynamics and Structure, at the Division of Molecular and Condensed Matter Physics, and I am also employed at the Center for Free-electron Laser Science in Hamburg. Our research group focuses on three main projects. i) Radiation damage on biological samples, induced by the intense X-ray pulses from Free Electron Laser: We use both experiments and simulations (Molecular Dynamics, Non-thermal Equilibrium and Density Functional Theory) to understand what happens to matter as it is exposed to the extreme ionization caused by FEL pulse in coherent imaging experiments. ii) Interaction of electric fields on gas phase proteins: In order to improve Single Particle Imaging using FEL pulses, we explore the possibilities to use external electric fields to orient and manipulate gas phase proteins. This is mainly done using Molecular Dynamics simulations, but our collaborators are developing devices to test these ideas experimentally at the European XFEL in Hamburg. iii) Ions and organic molecules at the water interfaces. Many chemical processes in the atmosphere are related to the surface concentration of ions and organic molecules on small water droplets. Using Molecular Dynamics as well as X-ray Photoelectron Spectroscopy, we try to understand how temperature, pH, and chemical composition affects the surface activity of ions and organic molecules. 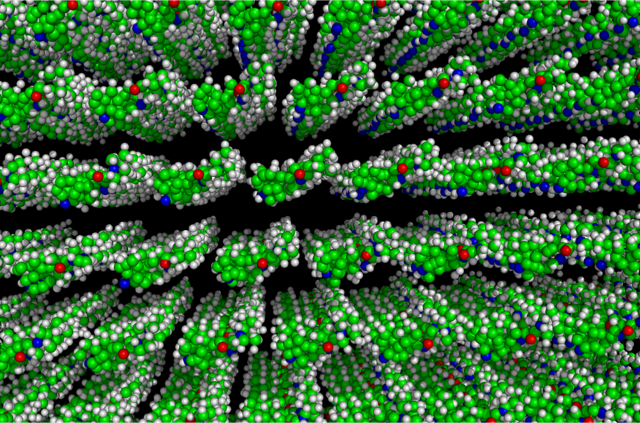 Henry Chapman leads the Coherent X-Ray Imaging division at the Center for Free Electron Laser Science at DESY, and is a Professor of Physics at the University of Hamburg. Since 2018, he is also a guest professor at the Dept. of Physics and Astronomy in Uppsala, and has received an honorary doctorate degree from Uppsala University.

His work exploits the tremendous new capabilities of X-ray free-electron lasers, which deliver X-ray pulses that are a billion times more intense than synchrotron radiation, to determine the structure and dynamics of complex materials including macromolecules. Together with Uppsala University, he led landmark pioneering experiments at the FLASH free-electron laser (DESY, Hamburg) and the Linac Coherent Light Source (SLAC, Stanford) that demonstrated the possibility to “outrun” radiation damage with fast pulses and obtain atomic-resolution images from room temperature protein nanocrystals. His group develops algorithms, instrumentation, and methods for 3D imaging with X-ray laser pulses and collaborates with leading materials scientists and structural biologists around the world.

I am a researcher at the Division of Materials Theory and my research focuses on ultrafast dynamics in matter. In particular in relation to pump-probe and diffraction experiments of coupled electron-ion dynamics, and investigation of bio-inspired devices.

To describe the interaction of time-dependent external fields and its coupling to electrons and ions, I develop non-adiabatic molecular dynamics within the framework of time-dependent density functional theory and its extensions.

I am interested in the application of statistical physics, both classical and quantum, to understand the properties of all kinds of systems, including soft-matter and biological ones.

One particular project that I have been working on involves a course-grained effective model description of polypeptide chains (proteins). This model may be used to study how two proteins interact with each other, something that is difficult to do with other methods. This has relevance for certain diseases such as diabetes-II.

I am a researcher at the Division of Materials Theory, studying nano-bio systems using methods from the field of computational materials science. In particular, my focus is on nanopores for the analysis of DNA and proteins. In my work, I mainly use molecular dynamics simulations to explore the movement of the biomolecule in the nanopore channel, density functional theory to determine the electronic structure of the nano-bio system, and quantum transport methods to calculate the electrical conductance which often serves as the output signal of a nano-bio sensor.

I am a research at the Division of Molecular and Condensed Matter Physics and a guest researcher in the Laboratory of Molecular Biophysics, with a keen interest in studying light-matter interaction and X-ray lasers. With their intense and short coherent pulses, X-ray lasers can be used to study the structure of biological systems, complex materials and even create and probe extreme states of matter. I use both experiments and theoretical simulations to investigate the ultrafast electron and atomic dynamics of biological samples.

X-ray lasers are creating new capabilities in understanding the structure of biological systems, complex materials and matter under extreme conditions. Extremely intense coherent X-ray pulses can be exploited to create and probe extreme states of matter, and also hold promise for structural determination of single macromolecules. I am involved in an inter-disciplinary research at the FLASH free-electron laser in Hamburg and the LCLS Linac Coherent Light Source in Stanford. We use the extremely short X-ray pulses to flash-image living cells, viruses, protein nanocrystals, and will ultimately investigate single protein macromolecules. All the samples exposed to these brilliant sources turn rapidly into plasma, offering us tantalizing possibilities to study fundamental physics problems in the high-energy density regime.

I am Senior professor in Theoretical X-ray Physics at Uppsala University and also Senior Professor in Theoretical Chemistry at the Royal Institute of Technology in Stockholm. My research activities concern primarily the areas of molecular/nano/bio photonics and electronics being a mix of method development and problem oriented applications in collaboration with experimentalists. I try to interpret modeling results in terms of chemical structure, properties and dynamics and develop models that combine quantum and classical physics. Here classical physics can mean molecular Newtonian dynamics, Maxwellian wave mechanics, statistical mechanics or dielectric principles.

In this realm I focus on light-matter interaction at larger scales in space and time in order to explore molecular properties and spectroscopy and to design molecular probes in different wavelength regions, for instance spin-labels building on magnetic resonance effects in the radio-frequency region – vibrational fingerprints given by the Raman effect – optical absorption and fluorescence relying on the two-photon principle – all the way down to the X-ray wavelength region where theory now touches on the fantastic opportunities offered by modern synchrotron radiation sources and X-ray free electron lasers. 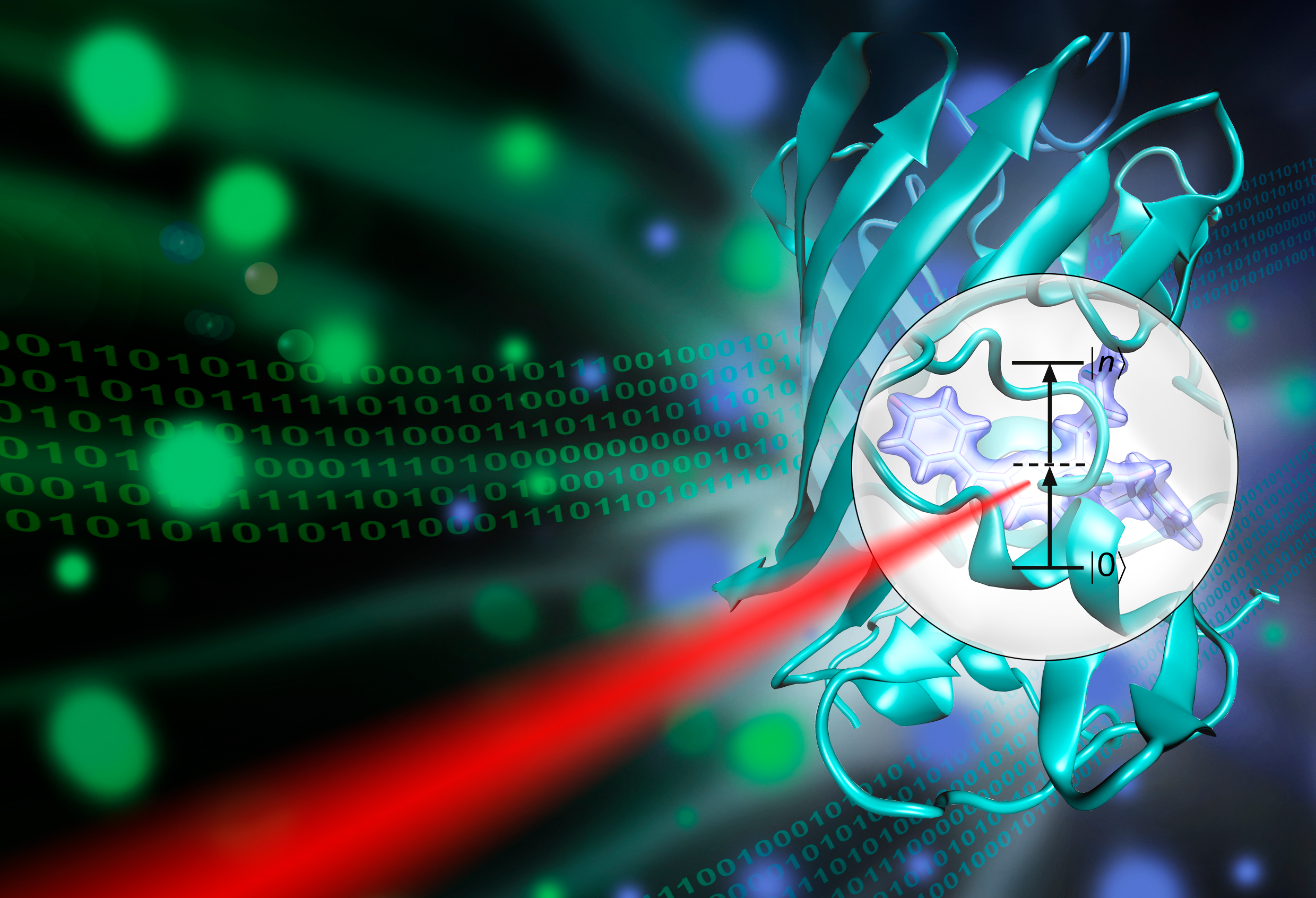