The Compact Linear Collider (CLIC) study is an international collaboration working on a concept for a machine to collide electrons and positrons (antielectrons) head-on at energies up to several Teraelectronvolts (TeV). This energy range is similar to the LHC’s, but using electrons and their antiparticles rather than protons, physicists will gain a different perspective on the underlying physics.

The aim is to use radiofrequency (RF) structures and a two-beam concept to produce accelerating fields as high as 100 MV per meter to reach a nominal total energy of 3 TeV, keeping the size and cost of the project within reach.

The two-beam acceleration scheme envisioned in CLIC was extensively studied in the Two-beam Test-stand (TBTS), part of the CLIC Test Facility CTF3 at CERN. A high frequency electron beam (the drive beam) is sent to a Power Extraction Structure (PETS). The PETS transfers the extracted beam energy into an RF structure where it is used to accelerate the so called probe beam. Beam stability, beam loss issues as well as PETS and RF structures will be studied in this set-up. 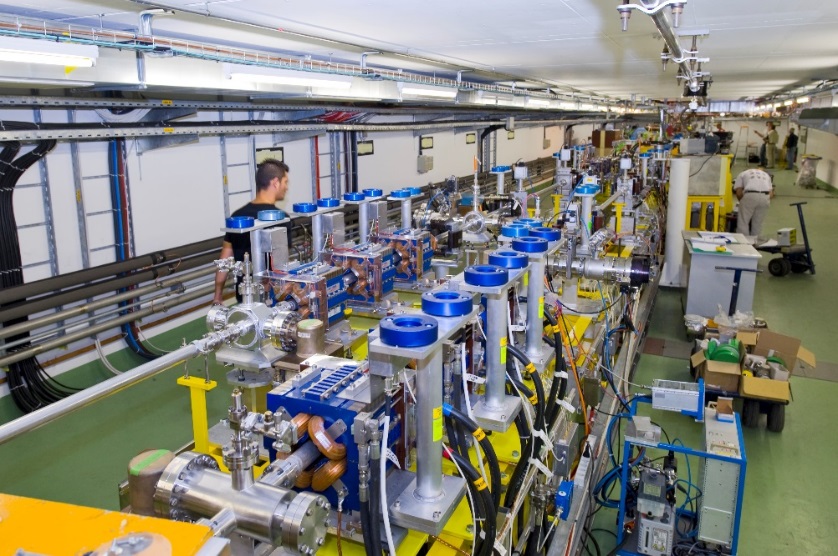