The European Spallation Source (ESS) will be the world's most powerful hadron linac and, as such, offers possibilities of exciting new physics beyond neutron science. Below you can watch a popular presentation of the ESSnuSB project and its motivation.

Here follows a film with a more detailed description of ESSnuSB.

The ESS neutrino superbeam project (ESSnuSB) aims at using the ESS linac to produce an intense neutrino beam by adding another target at the end of the linac. With a Megaton water Cherenkov detector placed underground in a mine several hundred kilometres away, potentially in Garpenberg, Dalarna, ESSnuSB hopes to find evidence of so called CP violation in leptons.

The discovery of leptonic CP violation is yet another step towards understanding the asymmetry between matter and antimatter and therefore an important building block of our model to describe the constituents of all matter. FREIA takes part in the study by investigating how the ESS complex can be adapted to the additional experiment, and by prospecting the mine that would house the neutrino detector. 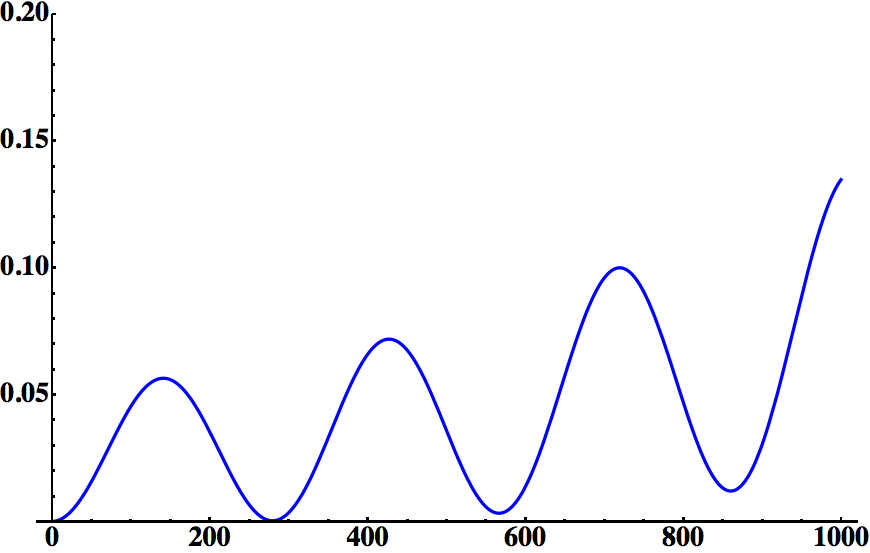 The diagram to the left, shows the probability (vertical axis) that a mu neutrino of 300 MeV energy oscillates to an electron neutrino as a function of the distance in km (horizontal axis) from the neutrino source. This curve has been calculated for the CP angle = 0, i.e. for the case with no leptonic CP violation. For the case with CP violation (CP angle not = 0) the height of the curve changes. The neutrinos that will be created at ESS will be muon neutrinos only. By measuring with sufficient precision the amount of electron neutrinos appearing at a 500 km distance from ESS, the amount of CP violation can be deduced. 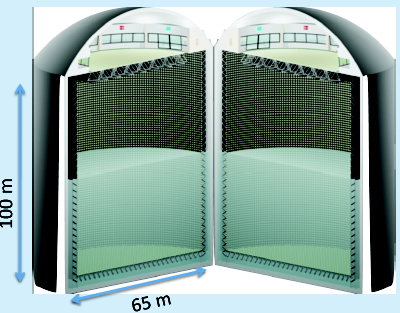 A drawing of the large underground ESSnuSB neutrino detector that could be located 1000 m underground in the Garpenberg mine. The detector contains pure water in which the incoming neutrino, converted to either a muon or an electron, will radiate Cherenkov light that will be detected with the aid of many photo-detectors distributed over the inside walls of the detector, allowing to distinguish muon neutrinos from electron neutrinos.

Double-sided flyer providing a brief overview of the ESSnuSB project