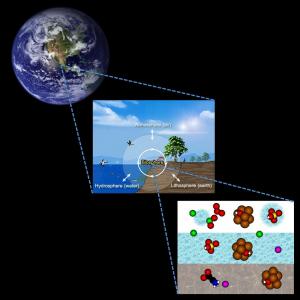 Earth seen from space is dominated by blue, white and green areas, which are associated with various aqueous systems of the biosphere. These consist of condensed water with various dissolved species and interacting with molecules, solid surfaces and solar radiation. Environmental molecular science aims to increase our fundamental, molecular-level understanding of natural and anthropogenic processes in the biosphere. This understanding may be used to guide efforts to prevent and reduce human-induced environmental problems.

We carry out fundamental experimental research on the chemical physics of liquids and nanoparticles, studying carefully designed model systems to understand natural and anthropogenic processes in the biosphere. Below you can get a flavour of the whys, whats and hows of our research:

Atmospheric aerosols partially counteract the greenhouse effect by cooling the Earth via reflection of in-coming solar radiation (the direct effect), and promoting cloud formation (the indirect effect). According to the UN climate change panel IPCC, the magnitude of these effects is the major uncertainty in climate change prediction, and it is crucial to constrain these better to improve climate modeling. The surface is important for aerosols due to their small size, but surface effects are not generally taken into account in current climate models.

In the atmosphere there are species of both natural and anthropogenic origin incorporated into aqueous aerosols. This includes salt ions from the sea, organic molecules from both direct emissions and decomposition of biomaterial, soot from combustion, pollutants and mineral particles.

We investigate how the surfaces of aqueous solutions differ from the bulk in terms of composition, concentration and speciation. We do this in close collaboration with atmospheric scientists, such as Ilona Riipinen, Nønne Prisle and Joakim Pagels. 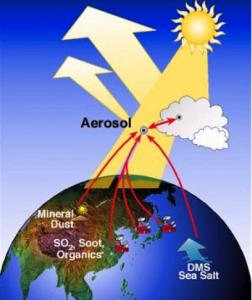 The surface of aqueous systems is different from the bulk. For ions in macroscopic liquid water, our understanding is now changing from a model with an ion-free surface to a model in which ions may be present, and even enriched, at the surface.

In nature such phenomena are for example important when droplets of sea spray form aerosol particles in the atmosphere. The sea spray droplets contain ions, and as water gradually evaporates, the droplets become smaller and concentration increases. The resulting aerosol particles are involved in atmospheric chemistry, and act as nucleation centers for cloud formation.

We have studied how the surface composition of mixed seawater-like solutions subjected changes with concentration. The minority bromide ions become increasingly more abundant at the surface relative to the majority chloride ions with increasing concentration, which could explain why bromine is much more important in atmospheric chemistry than expected from its relative abundance in seawater (PCCP 12, 10693 (2010)). 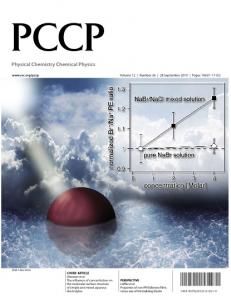 In the atmosphere, the ions of marine origin undergo chemistry. We have studied the oxychlorine ions (ClOx–, x=0–4), which e.g. are formed by stepwise oxidation of Cl– by ozone. The increasing intensities observed in XPS, tells us how the surface propensity increases from Cl– to ClO4– (JCP 131, 124706 (2009)).

In the atmosphere, primary hydrocarbons are gradually converted into a plethora of partially oxidized organic molecules, for example alcohols and carboxylic acids.

We have studied the behavior of alcohols as such pentanol on the water surface. Combining XPS and MD, we show that the pentanol molecules are strongly surface enriched (PCCP 17, 14036 (2015)). At low concentrations, the molecules are seen to “lie down” on the surface, and gradually “stand up” with increasing concentration to make room for more molecules. 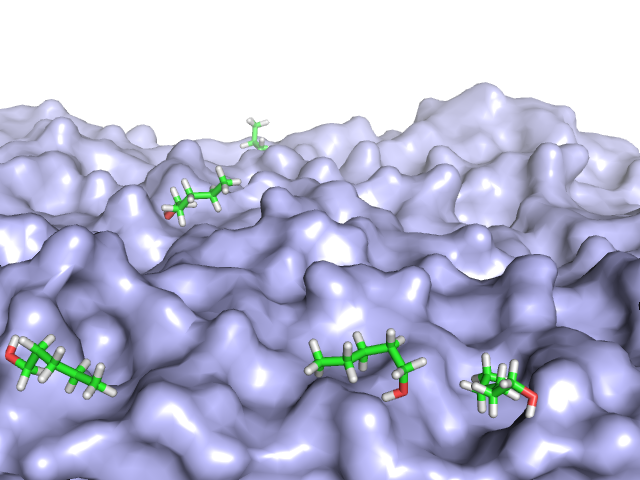 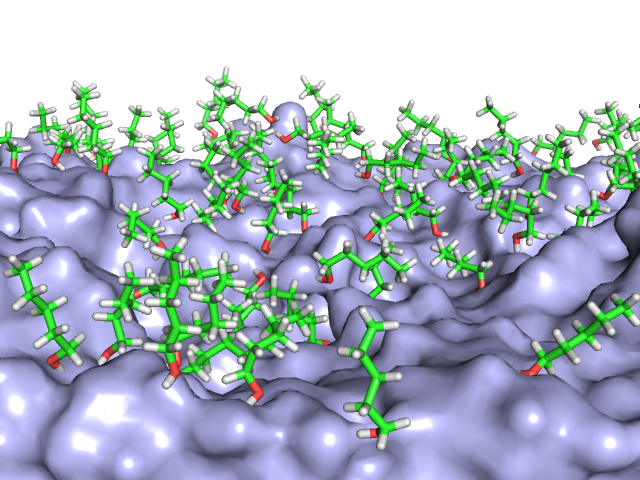 MD snapshots of pentanol molecules on the water surface at low and high concentration.

Carboxylic acids, formed by e.g. oxidation of hydrocarbons, are important compounds in atmospheric chemistry. For carboxylic acids and their de-protonated, carboxylate, conjugate base forms in aqueous solution, we have shown that the acid forms have a higher surface propensity than the corresponding carboxylates, here schematically exemplified for acetic acid (PCCP 13, 12261 (2011)). 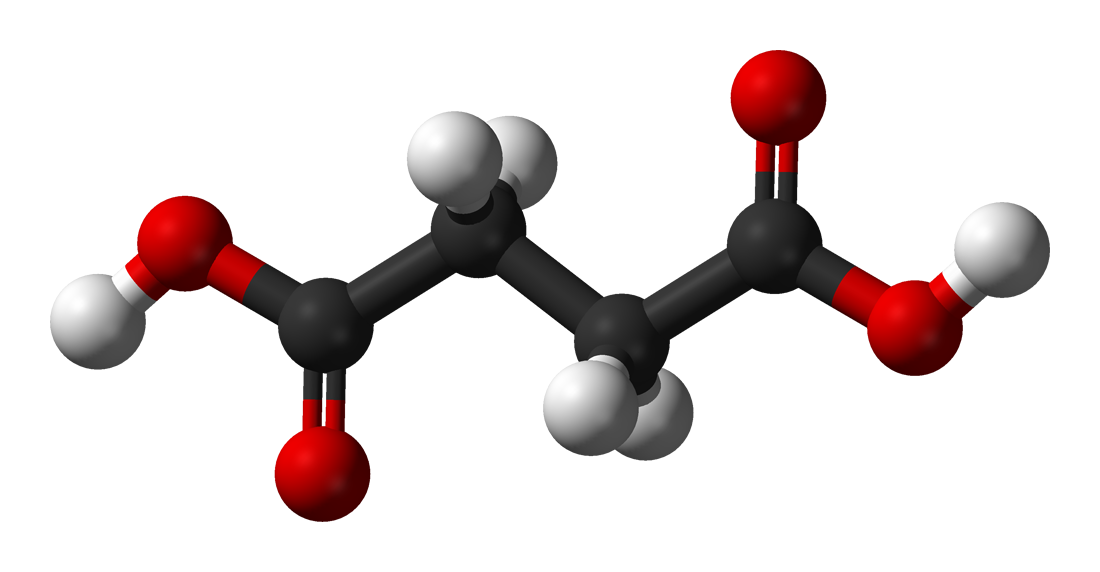 Solutes affect the surface tension of water, which is a key parameter in cloud droplet formation, as described by Köhler theory.

We have derived the surface tension from the surface composition determined by XPS of succinic acid solutions.

We can thus understand he microscopic origins of macroscopic properties such as surface tension, which is a step towards improving the description of aerosol effects in atmospheric models.

In the future, we will extend these studies to more realistic model systems of atmospheric systems. This will include aerosols produced by atomizers and sea spray simulation tanks.