A key ingredient in nuclear models is the optical potential describing interactions of a nucleon with a nucleus.

Data on elastic scattering is needed to form the optical potential. Light-ion production is another ingredient, and, last-not-least, knowledge of reference cross-sections is needed.

The Nuclear reactions research group is working with the Neutrons For Science (NFS) facility at the GANIL accelerator laboratory. The plan is to make measurements of

with a setup called Medley. 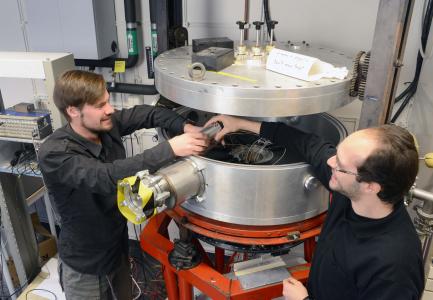 Preparation of the Medley setup

An arrangement of eight three-element detectors is mounted inside a scattering chamber. The chamber is evacuated during experimental runs. 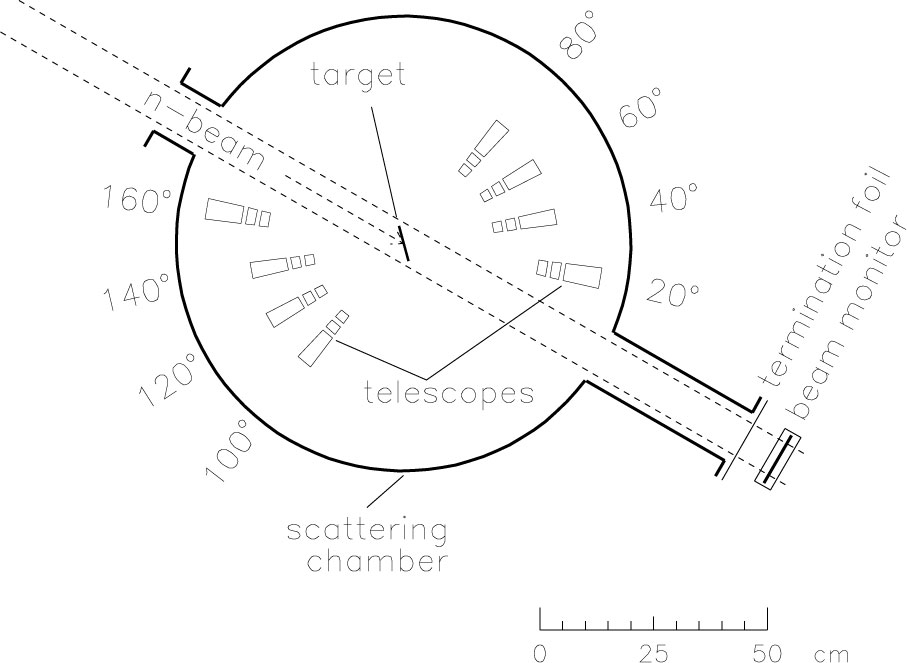 Detection is based on DE-DE-E technique, using silicon surface barrier and CsI detectors. An optional collimator can be mounted in front of each telescope. The principle is shown in the figure below. 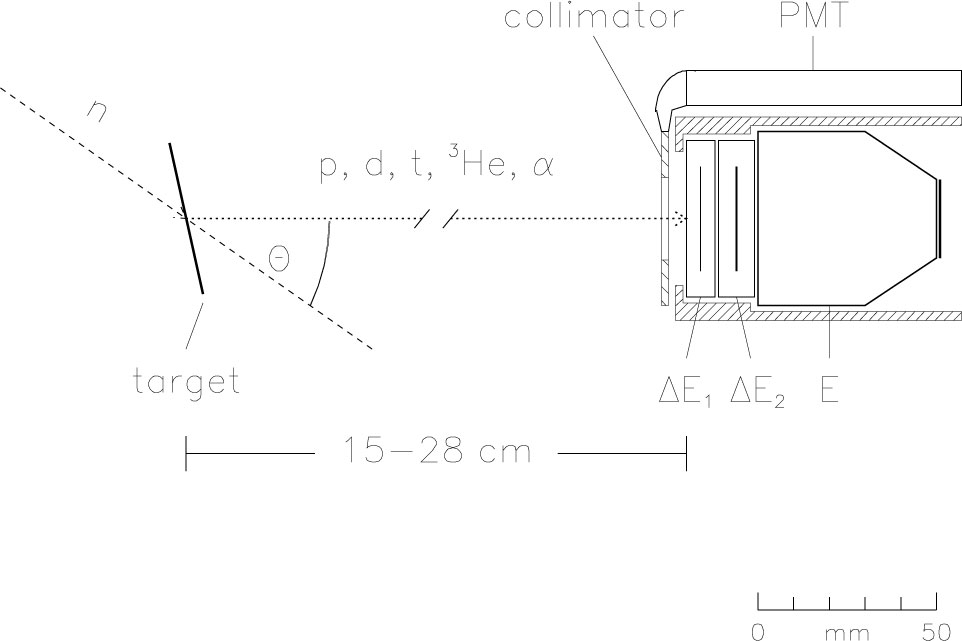 Our plans for use of the Medley setup (previously at TSL) at NFS are described in these documents: