85 new professors were inaugurated at Uppsala University on November 19, 2021. Of them six came from the Department of Physics and Astronomy.

Read more about the inauguration of professors 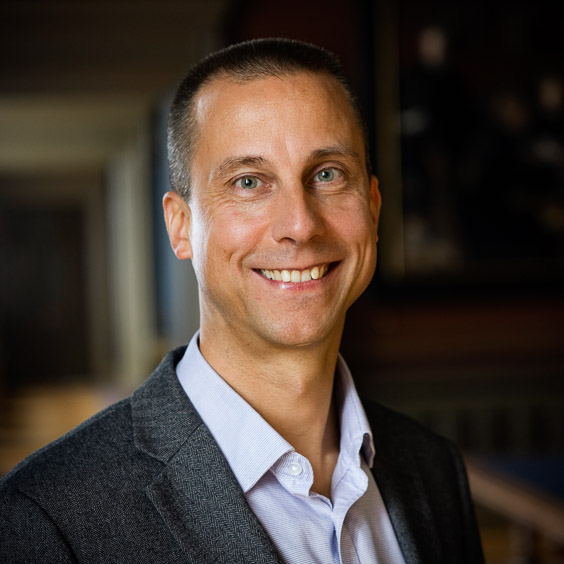 I research the fundamental components of matter and how they interact with each other. It is fascinating that with a limited number of particles and laws, we can describe the physical world we live in, and that this theory has been confirmed by thousands of measurements of subatomic processes. Despite these successes, there are several indications that our current description needs to be supplemented with new fundamental physical laws or particles, which is a strong motivation for our research.

I study phenomena predicted by our current theory. For example, I look for new particles and measure their properties to better understand how they work. I also make precise measurements that are then compared with predictions, either to determine the values of parameters in the theory or possibly to find deviations that indicate how the theory can be expanded and improved. We make these measurements with particle physics experiments at international laboratories, such as CERN in Geneva.

The experiments I work on produce large amounts of data that my colleagues and I analyse. I also develop particle detectors and detector systems, especially using silicon technology, which are used in experiments and also in other scientific fields. There are also several other areas that can apply the technology we develop. So, my research ranges from abstract subatomic phenomena to more practical ones for building experiments. 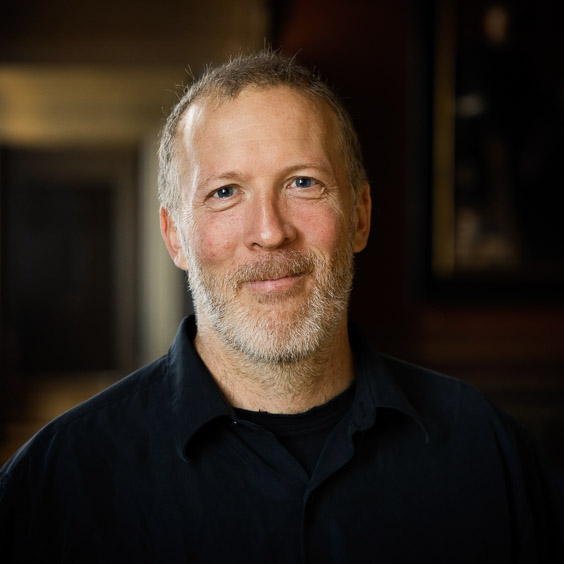 My research concerns the origin of mass in the subatomic world. This is described by the Standard Model theory, where elementary particles interact with what is known as the Higgs field, a universal field of energy that permeates the vacuum. This exposes them to inertia and prevents them from reaching the speed of light. Some particles interact weakly with the Higgs field and become light. Others plough through the Higgs field and become very heavy. This mechanism predicts the existence of an electrically neutral particle, the Higgs boson. It was first observed in 2012 in data from the Large Hadron Collider (LHC) at CERN in Geneva.

A condition for the Higgs boson’s existence is that it connects not only to all other elementary particles, but also to itself. As a result, a Higgs boson with sufficiently high energy can decay into two Higgs bosons. The probability that this process will happen in a collision between two protons at the LHC is very small. Large amounts of data are required to detect and measure pair production of Higgs bosons. On the other hand, an “early” discovery of two Higgs bosons in LHC data would be clear evidence of physics originating beyond the Standard Model. In fact, many unexplained phenomena suggest that this theory is not complete.

A large experiment, ATLAS, has been built around one of the LHC’s collision points to measure the properties of the particles created in collisions between protons. My research uses data from ATLAS to look for the pair production of Higgs bosons and confirm the Higgs boson’s connection to itself in the Standard Model. I also use this data to explore theoretical models beyond this theory. In several of these, the Higgs field can give rise to more than just one Higgs boson, and some of these new Higgs bosons can also carry an electric charge. My research also deals with the search for these new Higgs bosons in ATLAS data. The vacuum of the universe is the physical state with the lowest possible energy. Because the Higgs field permeates vacuum and, unlike other physical fields, does not assume a value of zero at its lowest energy level, the vacuum is not empty at all. By studying the origin of mass in the subatomic world, my research can also provide answers about the properties of the vacuum state of the universe. 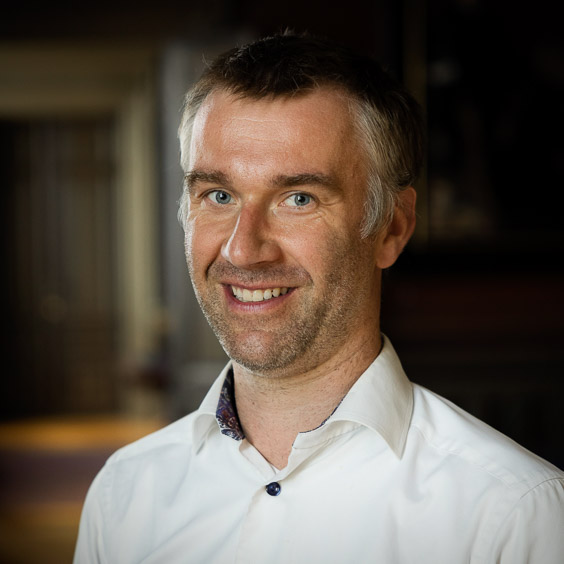 The ability to change and tailor the different properties of materials has always been vital for human progress, from the first processing of stone to today’s electronic circuits.

In my research I investigate changes in structure and chemical composition in complex material systems that occur during short timescales (millionths of seconds) and long ones (days). I mainly use ions for this. The ions are accelerated to high velocities to provide information about both concentration and depth distribution of the material’s various components at the nanometre level – usually without affecting the system.

The methods I use and further develop make enable the study of such areas as material diffusion or phase changes when material is heated or exposed to reactive gases or other stresses. My studies usually focus on light elements, like hydrogen, lithium or oxygen in energy materials. This better understanding of material changes is then applied to optimise manufacturing processes, minimise resource input or make advanced technological systems more sustainable.

I also investigate which ultra-fast fundamental processes take place on atomically relevant length and time scales when ions are shot into a material. The results improve our understanding of how cosmic radiation affects celestial bodies and spacecraft, what happens in a fusion reactor and what happens when advanced technical systems are exposed to high-speed ions during different types of plasma treatments. 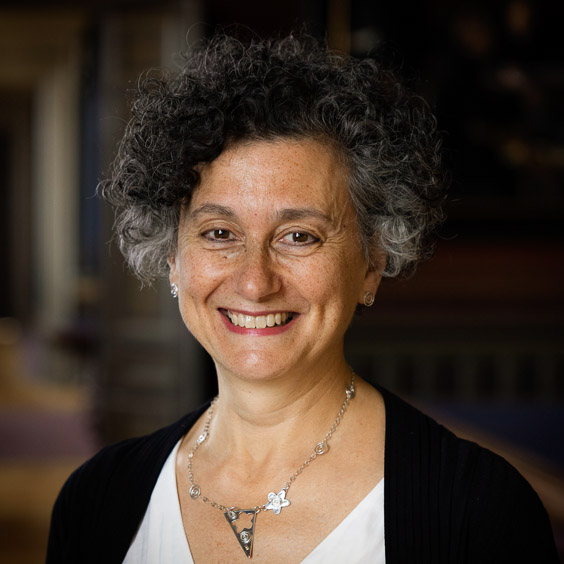 I work on characterisation of donor and acceptor molecules, which are molecules that can easily receive or emit electrons. These molecules are used in such applications as solar cells and organic light-emitting diodes (OLEDs).

Usually, I study fairly large molecular complexes created by merging smaller and simpler molecules. I investigate how these simple molecular building blocks change when combined into more complex molecular structures. In addition, I examine both molecular building blocks and molecular complexes when they are free – that is, in the gas phase and when absorbed in monolayers and films on various surfaces (such as metals or semiconductors) to understand the modifications induced by the interaction between the molecules and the various surfaces.

These studies can provide a comprehensive and detailed understanding of the materials used in organic electronics and can make it possible to develop materials with specific properties through the right choice of molecular building blocks. My experimental work includes spectroscopic characterisations based on X-rays and is mainly performed at Elettra, the Italian synchrotron radiation facility in Trieste.

In addition to being a professor at the Department of Physics and Astronomy, I am the programme director for the physics programme at the International Science Programme (ISP) at Uppsala University, where I work on building research capacity in low-income countries. 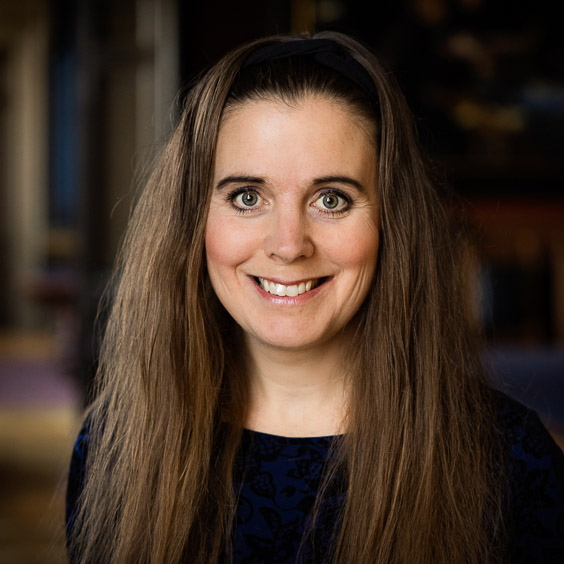 In my research I use what are known as hyperons to find clues to two of the biggest mysteries of curiosity-driven physics: how the visible matter in the universe is held together by the strong force and why our universe consists of so much more matter than antimatter.

Hyperons, like the more well-known protons and neutrons, consist of three quarks. In the case of hyperons, however, at least one of the quarks is a heavy and unstable strange or charm quark. The hyperon decays shortly after it is formed, a property that makes it especially interesting. Through the decay, the hyperon reveals its inner magnet – its spin.

In the Beijing Spectrometer (BESIII) experiment in China and the future PANDA antiproton experiment in Germany, quantum intertwined pairs of hyperons and antihyperons are formed, and their decay can be traced in detail. This allows us to reconstruct the inner structure of the hyperon, providing new insights about the strong force. We can also compare the spin properties of hyperons and antihyperons. If we find a difference, it can help explain the surplus of matter in the universe. 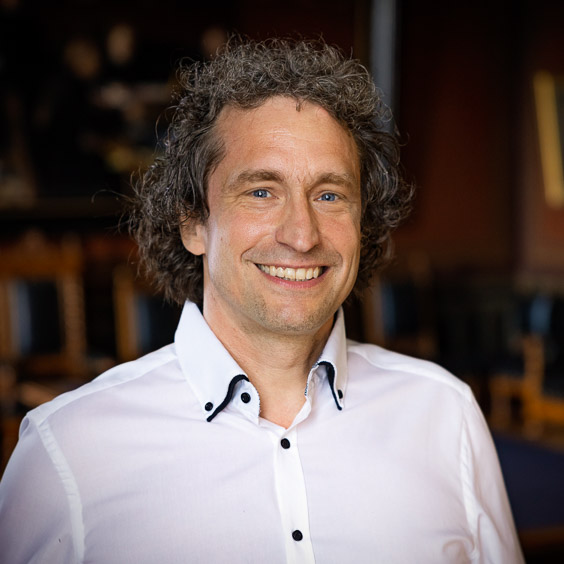 In my research I work with neutron scattering methods and look at functional materials and complex liquids. The goal is to understand their macroscopic properties and the potential of relating them to microscopic properties at the atomic level. I study the structure of the molecules, the process when they are formed and how they interact with each other. Neutrons readily penetrate many materials. This allows us to examine these materials in a non-destructive way. Neutrons also offer many advantages, such as high sensitivity to isotopes, especially light elements. My main interest is polymers, which have long relaxation times so they can exhibit the properties of both liquids and solid materials with an enormous elasticity. This makes them suitable for a very wide range of applications and is an extremely interesting and growing field of research.

To conduct my research, I collaborate with large research institutions to develop new methods for studying neutrons in materials. We are active in a collaboration at the Institut Laue-Langevin in Grenoble, France, and plan to initiate work on a facility at the European Spallation Source (ESS), which is being built outside Lund. I am also involved in a compact facility in Uppsala. In addition to polymers, I use neutron scattering methods to investigate energy materials and magnetic thin films.